We had the official launch of the Ultimate Oracle Thursday night.  22 people attended, and everyone had a great time!  We (Michael & Sue) want to thank everyone who helped, including the great East West staff! 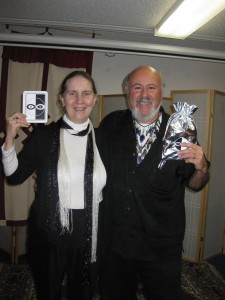 Sue and Michael show off the Ultimate Oracle Collector's Edition

We had some great pictures taken, but unfortunately we forgot to press the start button on the video camera, so no video! 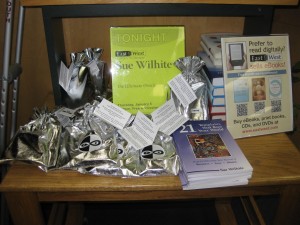 Look at all the decks!

We did demo readings for a few people in the audience, which were really well received.

Sue and Michael respond to one of the audience members